You are here: Home / Movement / Why I Run

I used to hate running. My main sport was swimming, even though I was involved with other sports. When I was on a soccer team, I was actually a ballerina, so I pranced more than I ran. I was a goalie when I played field hockey, so very little running was involved. The mile run we were supposed to do for a warm up was torture for me. No one told me not to run on the track with cleats on, so it also gave me a sprained ankle. Not leaving me with more love.

There are two occurrences I remember running a lot during my youth. The first was when I joined the crew club. We mostly spent our time on the water, but on one rainy day our coach took us for run. I remember easily talking to him while I ran. Once we had finished, he told us we had run 3 miles. I was surprised, as I had always struggled with a mile.

The second is when I was a camp counselor for a few weeks. I was in charge of the 5-6 year olds and the schedule was packed. We had sport after sport. But because we were all running around having fun and making sure the kids didn’t wander too far, I know I ran a lot.

Flash forward to post college. I was working at a gym in NYC and was just bored with all equipment. I needed a challenge. Running. I hated it.

I would conquer it.

I started slowly. By running a little at a time. I worked near the East River Walk. So I would run to a location and turn around. Little by little, go a bit farther. Every little milestone was a success, a win. Eventually, I was running a few miles with ease.

I’m not always a consistent runner. I go back and forth, but I love how you don’t really need anything besides shoes. You don’t have to drive anywhere to run. You can just go. I can run for time if I only have 20-30 minutes. I can run for distance. I can run for speed. I can run alone. I can run with friends. I can run a race. I can improve my fitness, physical health, and well-being. That is only part of the picture.

What I really get, is peace.

The feel of my heart beat. The sound of my footsteps on pavement. Being outside in nature. The feeling of when I come back of feeling like I did something for just me. It’s a form of meditation for me, a deeper understanding of myself.

That is why I run. 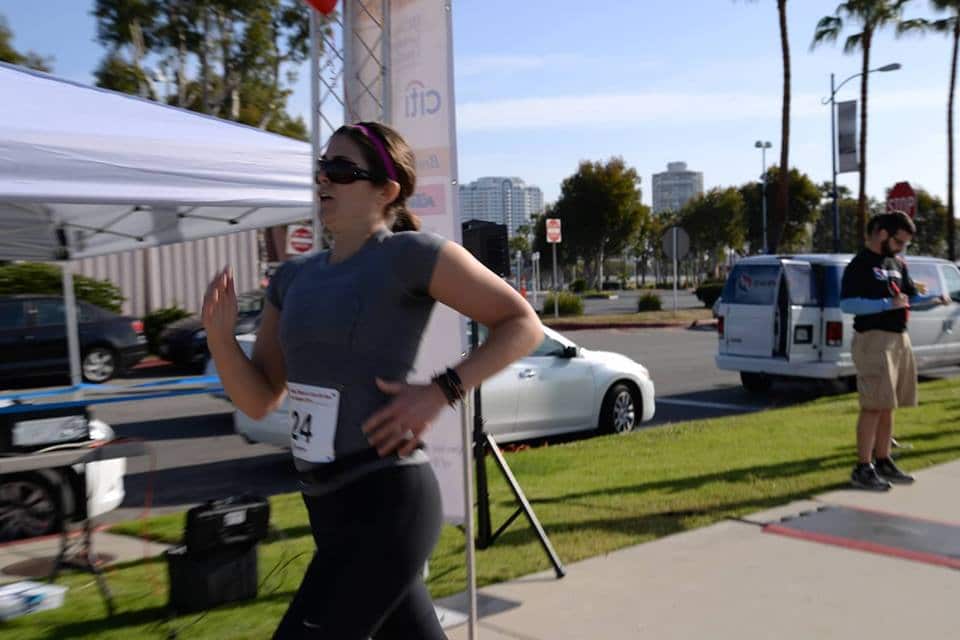