With the growing trend finding its way into our gyms, social media and grocery stores, it's safe to say the paleo diet is bombarding the health scene. So much information can make it hard to keep up with the in's and out's of a healthy diet plan. Depending on your dietary aims, the paleo diet holds many beneficial attributes that make up a successful plan (see Part I of this article). Benefits such as an abundance of fruits and vegetables, good sources of energy, little to no chemical additives and a high protein intake keep paleo-lovers devoted and enthusiastic; however, with every pro, there is a con . . .

For starters, the timeline doesn't line up to the Paleolithic era. The Paleolithic diet dates back from roughly 2.5 million to 10,000 years ago. Because paleo dieters avoid any products stemming from the onset of the agricultural era, they rid their diets of grains. However, grains first made an appearance more than 100,000 years ago, while people in Israel were feasting on bread as a staple in their diet 20,000 years ago. Keep in mind, the Paleolithic era ended 10,000 years ago. Perhaps a new name is needed or a dietary modification that includes grains? Of course, the name is not what is under question. We are examining the health effects that are taking the media by storm and simply pointing out some inconsistencies within the paleo diet.

It's an Ancient Idea, Literally.

This plan is millions of years old! We have evolved. Although many chronic diseases were not nearly as prevalent among our ancestors living in the Stone Age as they are today, we have evolved as a society and therefore, lifestyle practices evolved alongside us. In fact, it is literally impossible to eat exactly as our ancestors did because many of the plants and animals have since been extinct. Moreover, a Paleolithic approach to eating is not the only way to mimic the positive effects of our ancestors. Many diets such as raw, vegetarian, Mediterranean and vegan all possess qualities that can decrease the risk of heart disease and stroke when carried out properly.

Grains: A Gift from the Gods

Grains are not bad by nature. The production, misuse and inaccurate assumptions make them so. As we evolved physically, spiritually and mentally so did our strategies for survival. Thus, farming was born! Some believe grains were a gift from the Gods, allowing the earth to use its resources to feed its people. Regardless of your religious orientation, the God's believed in nourishment through grains.  Ceres, the Roman Goddess of agriculture, grain crop and fertility and motherhood (holding a strong emphasis on motherhood), as the grains took care of her people, allowing them to grow and flourish. Similarly, the Greek Goddess, Demeter, represented agriculture, grain and bread and was thought to sustain mankind with her offerings. The Jewish literally break bread on the Sabbath and "Give us this day our daily bread." are Jesus' words uttered today through prayer.

Grain was good, a blessing even. The gluten-free phenomenon has shaped the way we see common day grains. Are processed grains bad? Most things that are processed are "bad", as natural is always a better option; but if you give up grains you give up the remarkable benefits of millet, barley, buckwheat and farro, to name a few.

The Plan is Restrictive

Many scientists have a problem jumping on board with the paleo diet because of its restrictive nature. Lots of do's, even more don't's. Anything that comes packaged, even if it is from the earth and made with all organic ingredients, is off limits. Goodbye, raw balls made with cacao, almond butter and chia seeds! Despite the nutritional value of healthy snacks that still falls within the realms of the paleo meal plan, if it's packaged, it's out! Unless, of course, it has the paleo stamp of approval. Eating mindfully and clean is a terrific habit to practice, but restriction can lead to not only breaking a diet but rebelling against it. Moreover, beans, grains and legumes (when grown in a health-conscious manner) hold a slew of positive effects, including proper digestion, a decrease in cholesterol and a high protein content while holding a low caloric intake.

Although paleo-enthusiasts promote grass-fed, GMO-free, organic meat sources, they also promote eating meat often. In searching for a link between the cancer epidemic and dietary influences,  The World Health Organization found those who did not eat meat were 40 percent less likely to develop cancer. What's more, a Harvard study found those who consumed meat daily, were three times more likely to develop colon cancer. Moreover, breast cancer is more prevalent in countries that consume excess fat from animal sources, such as meat and dairy products. You're probably wondering why meat puts you at a great risk of developing cancer. After all, our ancestors have little occurrence of cancer (if any) so it makes sense that if we eat what they ate, our bodies will function the same way. To reiterate, we have evolved and our diets should reflect our evolution through the years. 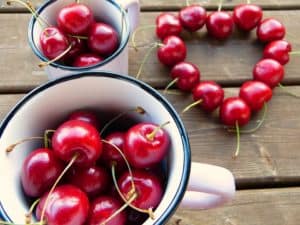 Possible reasons meat is putting people at greater risk of cancer are due to lack of fiber in meat (zero, to be exact!), which acts as a protective agent to our body's digestive system. Another possible cause? Cooking meat at high temperatures. Heterocyclic amines (HCA) and polycyclic aromatic hydrocarbons (PAH) which accumulate when meats are cooked, hold cancer causing agents that are known to increase one's risk. Lastly, eating a diet high in fat can increase hormone production which is related to breast cancer risks. Are we saying eating a paleo diet will give you cancer? Absolutely not, but research suggests eating meat can increase your risk.

Turns out, there is such a think as eating too much protein. In a study, researchers found people who ate red meat regularly had a greater risk in developing type 2 diabetes. In the same study, the researcher suggested substituting red meat with nuts, low-fat dairy option or whole grains. In another study, a link was found between eating too much red meat and heart disease. Instead, it is suggested to eat more nuts, fish and legumes to get your protein and good fats without the cholesterol that lurks in meats.

It's important to keep in mind that cavemen took up hunting and gathering because they had no choice, if they were to survive. Today, we have choices. Lots of choices! A paleo diet may work for some, and that's great; but it is, in no way, a one-size-fits-all diet. Do your research and make your choice.

Want to learn more about paleo? Continue reading Part I.

For more information about AnamBliss or to learn more about our upcoming retreats, click here.