Doing anything like a caveman may seem outdated but the paleo diet, and those who swear by the effects, believes otherwise. It’s easy to be skeptical of any fad diet that is cashing in on the growing lifestyle trend, but this diet does have some benefits and is not just a gimmick. After all, cavemen didn’t have processed sugar and chemical additives to worry about! Like all diets, there are both positive and negative aspects to consider; but above all, it’s important to recognize what works for you.

Let’s start with the origin of the word paleo which is derived from the word Paleolithic, as in the pre-historic era where cavemen thrived. This was a time of scavenging, hunting and gathering. The convenience of supermarkets and electric stoves were not yet a normality. For this reason, caveman ate veggies in abundance and hunted their meat, which by the way was free-range, wild game, grass-fed, hormone and GMO-free and organic.  It's also important to note that although cavemen were known to consume meat and fish, the region they resided played a big role in just how much. For example, ancient man living in the tropics would practice a (majority) plant-based diet, while European cavemen were considered heavily carnivorous. What's more? In the event there was a hunt and kill, every bit and piece of the animal was used for the survival of men. There was no hunting for fun, only for survival. Today's world is different because we will not die if we decide to forgo the paleo diet, but who knows, maybe the effects can help you live longer...

Sure, there is meat but it's not all meat. Think in terms of items that could be hunted or gathered. Meat, fish, fruits, vegetable, nuts, seeds and natural oils are the primary sources of energy used by those practicing a paleo diet. Following a paleo diet includes eating more game meats (elk, buffalo, venison, etc.) and organ meats, which offer a huge variety of nutrients. Foods to be avoided include: grains, legumes, refined sugar, dairy, salt, potatoes, and processed foods.

The premise of the diet? Following the rise of agriculture, foods were manufactured rather than naturally grown and thus should be avoided if one wants to experience optimal health and avoid diseases such as cancer, heart disease, diabetes and autoimmune disorders.  One predicted cause of the increase of disease coinciding with the rise of agriculture can be found in chemicals used to assist in the growth of vegetables. The Agricultural Health study examined the health effects of pesticides on more than 90,000 farmers and their wives. Researchers found that farmers who used specific weed killers were linked to developing bladder cancer, while farmers who were exposed regularly to chemicals were at a 78 percent greater risk of colon cancer than farmers were had no contact to pesticides. 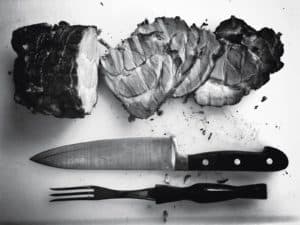 Lots of Vegetables, Lots of Nutrients

The diet is jam-packed with veggies and often in raw form! This is always a good thing. The nutrient and health benefits of a high vegetable consumption include: a lower risk of chronic disease, maintenance of bodily functions, reduction in cholesterol levels and blood press, weight maintenance and assistance in efficient digestive function, to name just a few. And because much of the vegetables and fruits consumed on a paleo diet are raw, the health effects are even greater. Based on a study conducted by Journal of Agriculture and Food Chemistry, heating specific vegetables, such as broccoli, can diminish the health benefits.  A typical day on a paleo meal plan includes at least one gigantic (raw!) salad and will likely include a raw veggie or fruit as a snack.

You can't completely write off a diet that rids itself of processed foods. The food industry thrives on the demand for food that isn't actually food at all. Additives take the place of nutrients and processed foods are born. The paleo diet avoids all processed foods. This means they are likely avoiding trans fats, refined grains, sodium and high fructose corn syrup, all culprits of disease. Moreover, researchers suggest the overconsumption of  additives can cause overeating, adding to the skyrocketing obesity rate in the U.S. This means the less processed food you eat, the less you eat. Period. This in turn, can lead to a decrease in weight, body fat and overall better health.

Not only did were our ancestors more active, requiring dietary options to sustain their energy, but Cross Fit and paleo seem to go hand-in-hand, so it begs the question- does a paleo diet provide enough energy to support a highly intense workout such as Cross Fit? It can be assumed cross fitters are getting their energy from a viable source with the amount of physical work they exert. Protein was the biggest contributor of energy to our ancestors.  In recent studies, protein has been linked to an increase in resistance exercise performance and lean muscle mass. Furthermore, vegetables and fruit hold a high carbohydrate content which can help get your through any grueling workout. For example, eating a banana is considered one of nature's best treats in sustaining energy during a challenging workout. 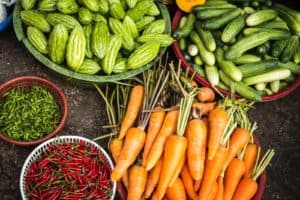 Demand for Paleo Certified Products are on the Rise

Despite criticism of the diet by various wellness leaders and media outlets,  the push to certify products to a paleo standard is in high demand. Big Food are embracing the trend and reconfiguring their list of ingredients to fall under the proper brand standards of a paleo diet. This means many brands either believe in the diet or believe in the popularity of the diet and do not want to miss out on the monetary profits. Regardless of the reason for big brand names conforming to maintain paleo standards, paleo is here to stay and now with more convenient options to maintain the lifestyle.

Want to learn more about Paleo? Continue to Part II.

For more information about AnamBliss or to learn more about our upcoming retreats, click here.